Hybrid drivetrains have advanced significantly since 1999, when the first modern gas-electric car became available in the US. Buick presented one of the latest evolutions of this technology to NEMPA on October 4, when it brought several LaCrosse sedans, and its new eAssist technology, to Automotion International, in Middleborough, Massachusetts, for the membership to inspect and drive. 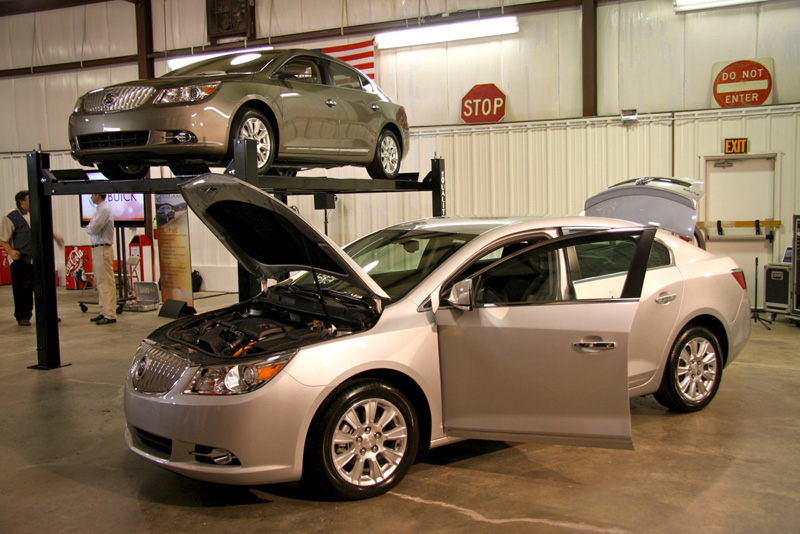 Buick’s innovative 4-cylinder Ecotec gas engine with the eAssist module visible at the lower right, under the plenum

Buick calls its eAssist innovation “light electrification,” and its combination of simplicity and ingenuity will appeal to anyone who appreciates engineering elegance. Buick uses a small (65 pounds) 115-volt lithium-ion battery and a belt-driven, liquid-cooled motor-generator to provide up to 15 extra horsepower and an impressive 79 lb-ft of torque for merging into traffic, passing and climbing steep grades. The motor-generator replaces the alternator and not only provides the extra power, but also recharges the battery. The eAssist system is mated to a 2.4-liter four-cylinder gasoline engine that by itself produces 182 horsepower and 172 lb-ft of torque. The transmission behind it is a new 6-speed automatic. eAssist, which has an eight-year, 80,000-mile warranty, will soon be available on the Buick Regal as well.

Other features on eAssist-equipped Buicks include regenerative braking, seamless engine stop-start (plus ample current for electric accessories) when the vehicle is stopped, and fuel cut-off during deceleration. The eAssist LaCrosse also has a shutter behind the front fascia that opens for engine cooling and closes for better aerodynamics, as needed. 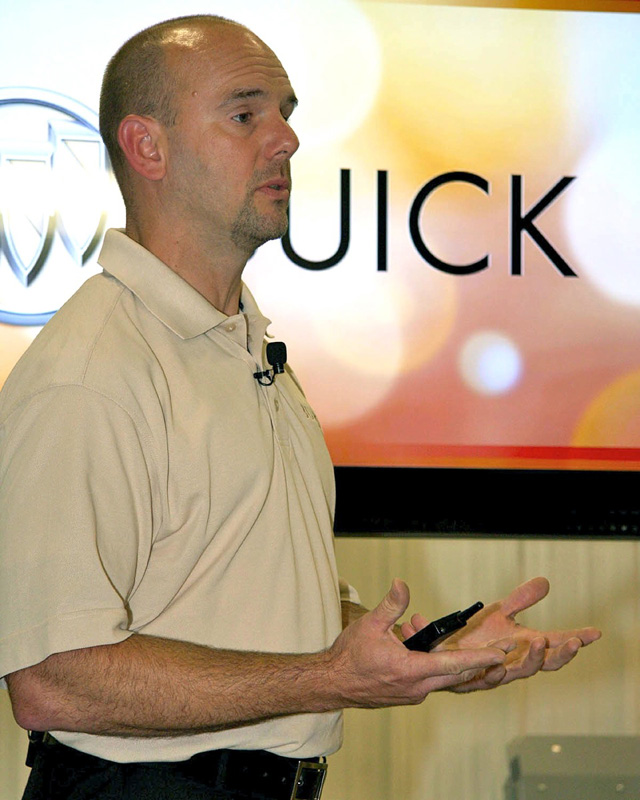 Roger McCormack, Director of Buick Marketing, Al Houtman, Buick’s Vehicle Performance Manager, and Daryl Wilson, Lead Development Engineer for the LaCrosse, even put their vehicle on a lift to show us that its bottom has been smoothed out with underpanels for improved aerodynamic flow, which contributes to fuel economy.

Wilson explained that the regenerative braking “is done via the automatic transmission, which transmits the braking energy to the motor-generator via the serpentine belt. In most automatic transmissions, the torque converter locks up at highway speeds and releases as the unit downshifts. Not in the LaCrosse. Our torque converter remains locked through all the downshifts and the motor-generator smooths out what otherwise would be jolting shifts. 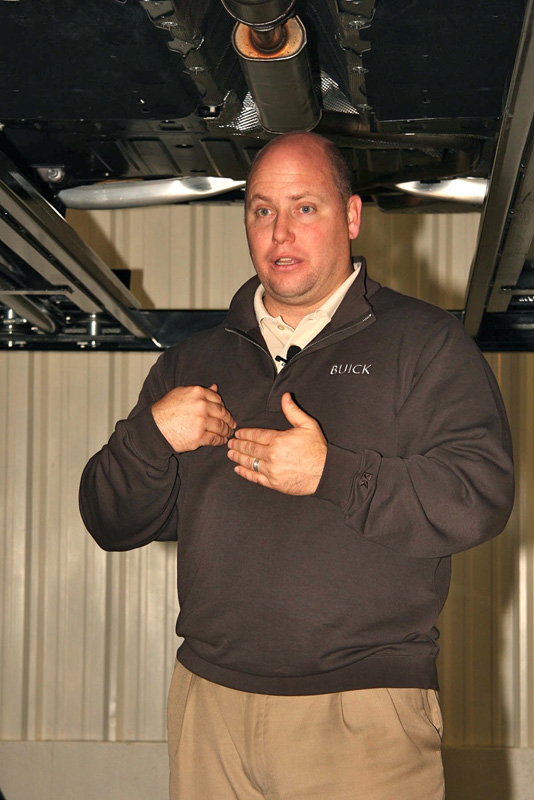 “Our serpentine belt has seven ribs instead of six and stronger reinforcing fibers. It’s got a recommended replacement interval of 75,000 miles.”

Houtman added, “Braking and deceleration provide us with energy. In this case, it’s free energy for our purposes. Our challenge is to use it wisely and keep everything running smoothly. If we get greedy, we could claim more of that energy but we’d lose drivability.”

The net effect of all this is a full-size deluxe sedan with an EPA economy rating of 25 miles per gallon in city driving, 36 mpg on the highway and 29 combined. This is an improvement of about 25% over the previous gas-only LaCrosse. During a brief stint behind the wheel, the LaCrosse felt as smooth and powerful as a full-size sedan should.