Story & Photos by Bill Griffith, NEMPA
Buick returned to Automotion HQ on February 21, this time to introduce its new compact deluxe sedan, the Verano, to the New England Motor Press. The timing was exquisite, given that day’s news about gas prices. Verano appears to be the right car at the right time. As fuel prices rise, so do sales of smaller vehicles–but when we downsize, we don’t want to give up any features and amenities. Hello, Verano.

Verano was designed for a 4-cylinder powerplant, in this case a 2.4-liter with direct injection and a 6-speed automatic transmission. Power (180 HP, 171 lb-ft of torque) is adequate and the MPG ratings are 21 city and 32 highway. 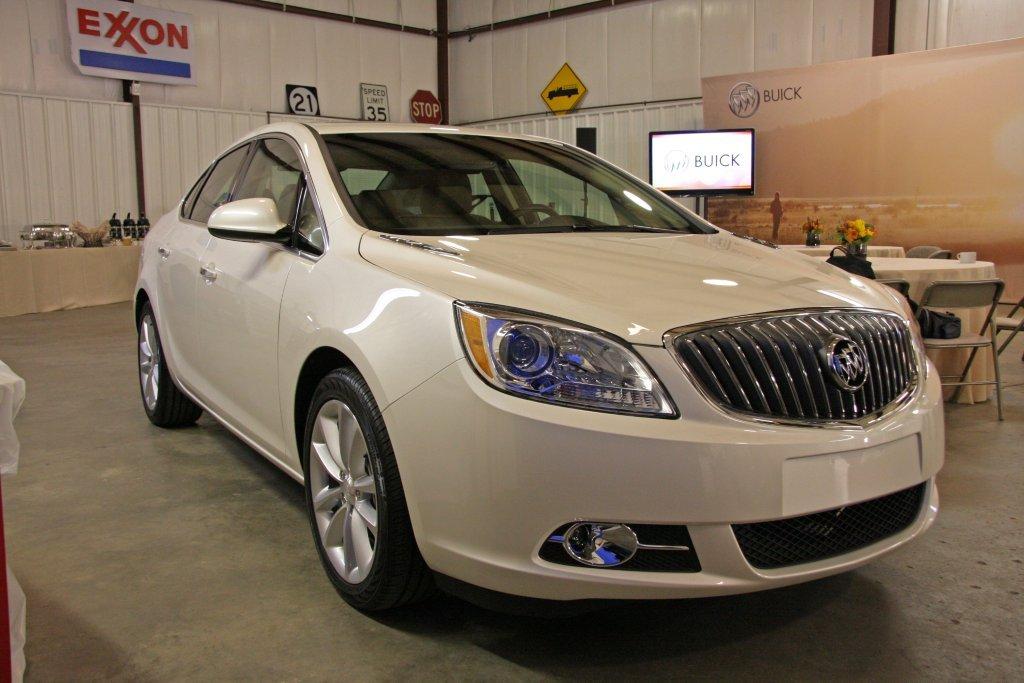 The fully equipped Verano, reasonably priced in the mid-$20s, won my heart with a heated steering wheel, not something we expect in this segment. “If you live in the North, once you’ve had a heated wheel, there’s no going back,” agreed Mike Danowski, product manager for the Verano. 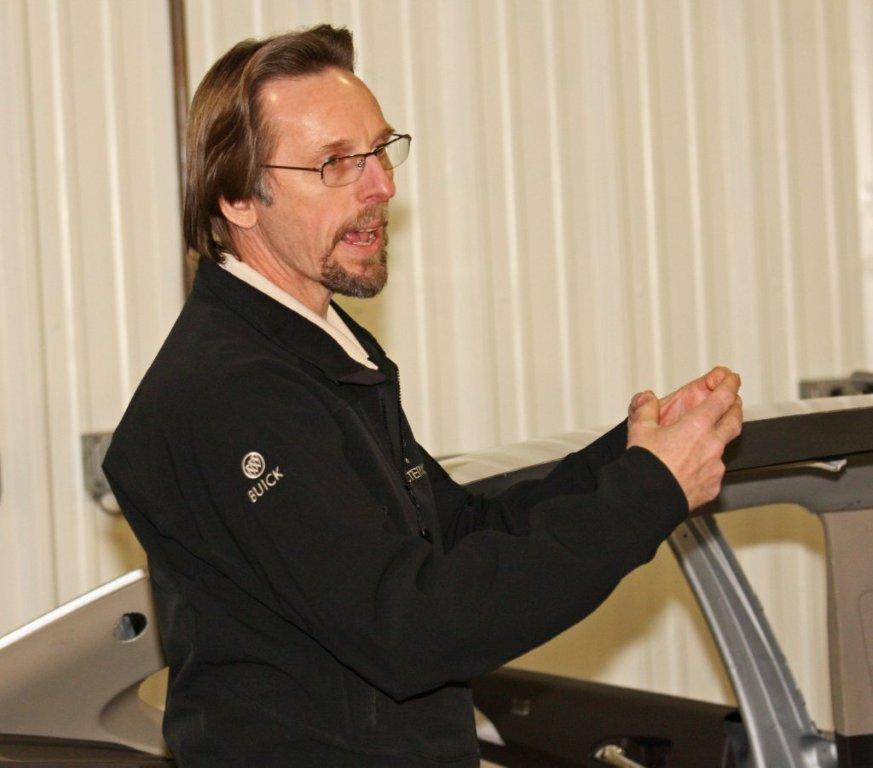 Buick calls the Verano a compact, but the eyeball says it’s closer to a midsize sedan, a feeling that continues inside. It’s not limousine-like in back, but there’s adequate rear head and leg room for a 6-footer. Verano has many of the features and design cues of the LaCrosse, Buick’s flagship sedan, but eAssist is not available. Then again, the Verano is significantly less expensive in all of its three trim levels.

Danowski was on hand to lead a tour of not only the sedan itself, but also a demi-Verano, a cutaway of the body shell, and a stand-alone display of its Z-link rear suspension. This is a fairly simple system that saves weight, improves steering, and allows extra trunk space by mounting the rear struts farther apart.

Danowski used the cutaway to show us the sound-absorbing and blocking designed into the vehicle, clearly a focal point. (TV commercials will show the Verano as an island of quiet in a noisy world.) There’s acoustic laminated glass in the windshield and front side windows, and a five-layer headliner including a knitted material. Hollow portions of the body are filled with sound-absorbing foam, inserted as pellets during assembly that expand in the paint-drying oven. Some of the materials are recycled.

Roger McCormack, Buick product marketing director, says that the Verano, while technically advanced, “makes that technology simple and readily usable by the non-technophile.” A vertical trim piece at the front of both front side window brought a “What’s that?” “Side-window defogger,” said Danowski. “Coupled with the heated side mirrors, it really helps driver visibility in snowy and fog.” 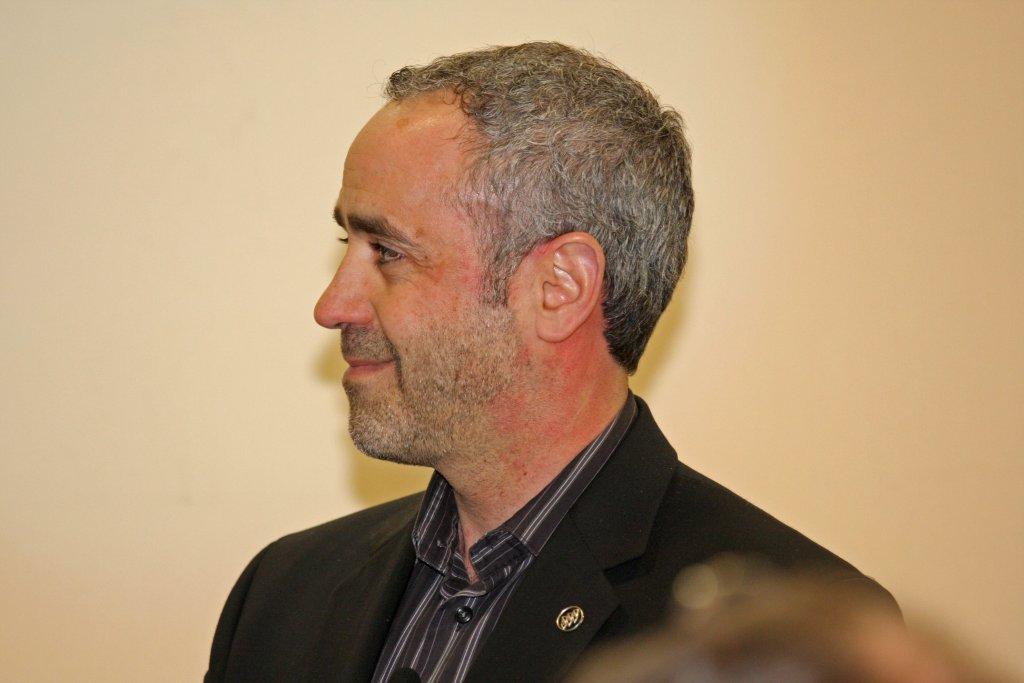 Buick also presented a 2012 Regal GS, which McCormack called “the athlete of the family.” A high-output 2.0-liter 4-cylinder Ecotec turbomotor puts out 270 horsepower and 295 lb-ft of torque. At 135 horsepower per liter, McCormack said it is the most power-dense engine ever built by GM (certified by the Society of Automotive Engineers) or on the market today.

The GS is available with either 6-speed manual or 6-speed automatic transmissions. The manual is extremely smooth, with overdrive in 4th, 5th and 6th gears, allowing the GS to deliver 27 MPG on the highway. “With careful driving, you can get over 30,” said Bill Rietow, lead development engineer for the GS. 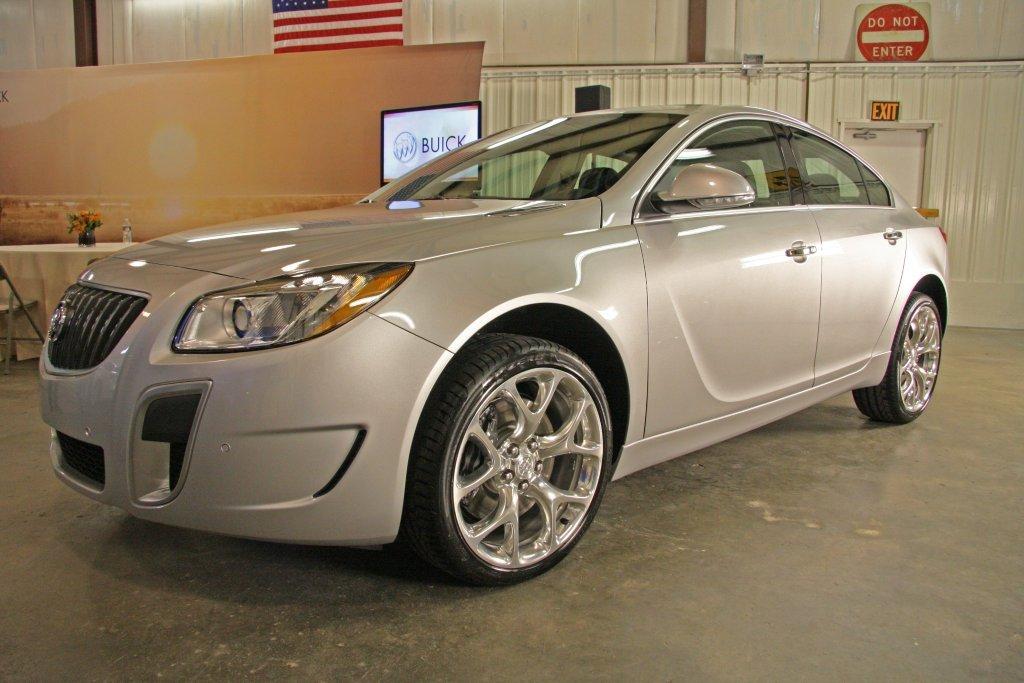 The athlete of the Buick family, the 2012 Regal GS. Check out those rims and tires.

As its power output indicates, though, the GS isn’t just a fuel-sipper. Rietow averaged 119.99 mph and won the “rookie” award at the Silver State Classic Challenge in Nevada, a 90-mile rally over a closed highway. (Wait a minute–a factory Buick at the Silver State Challenge? Yes, indeed.)

The GS has unique high-performance front struts that reduce torque steer, minimize camber changes and improve grip. An interactive drive-control system has standard, touring and sport modes that adapt suspension damping, steering and shifting in the automatic transmission. The front wheels boast Brembo brakes and the front seats are firmly bolstered. These truly are new days for Buick. 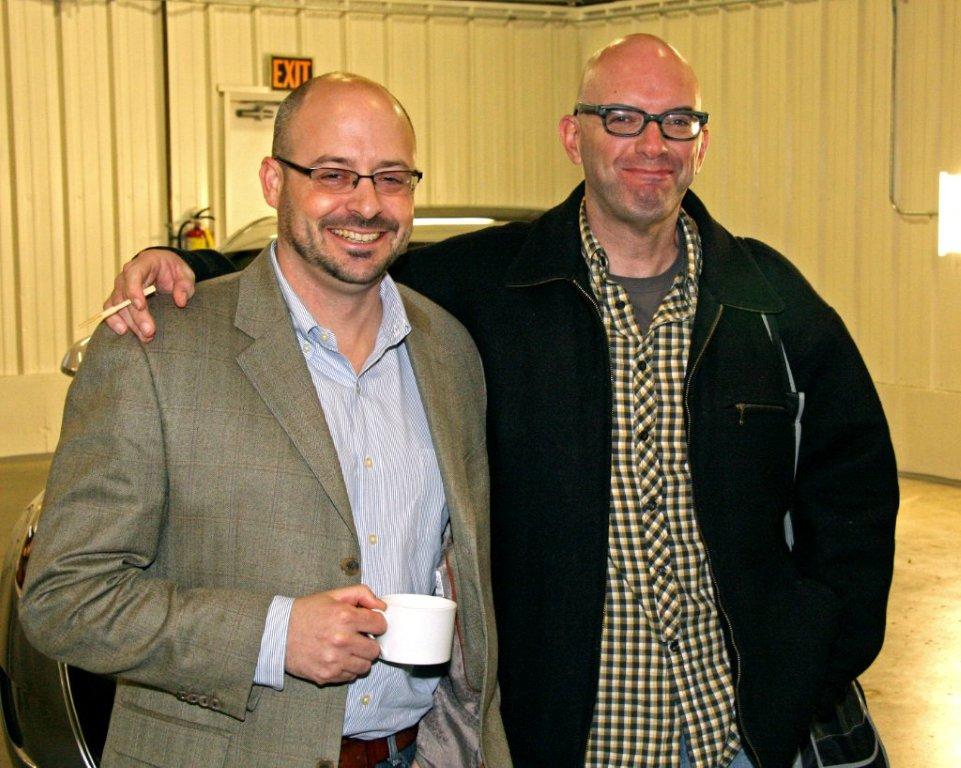 Buick’s Nick Richards and NEMPA’s Craig Fitzgerald throw off some glare for the cameras.