With temperatures breaking 90 degrees even along the Maine coast, it was almost too warm to put the tops down, but NEMPA’s 16th annual Ragtop Ramble & Crustacean Crawl, July 17-18, drew some 60 members and guests, traveling in at least 32 cars, two vans and one boat.  Happiness reigned.
Photos by Bill Griffith, George Kennedy, Zane Merva, Josh Merva, Kamil Kaluski and Silvio Calabi. 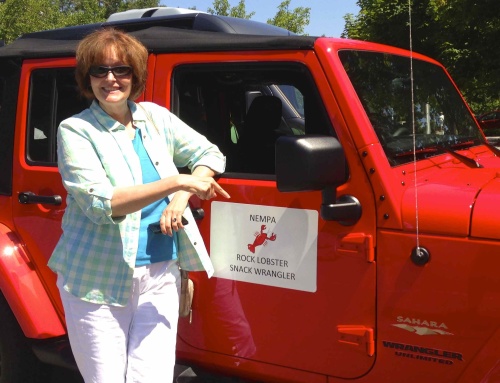 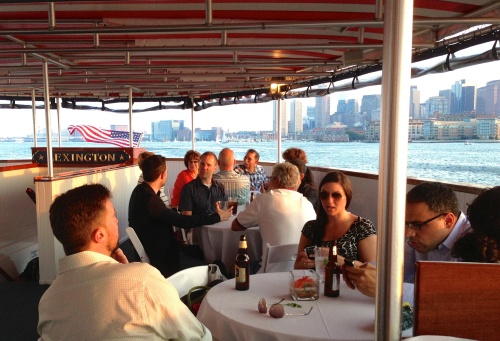 Dinner aboard the Lexington on Wednesday evening, with the Boston Harbor skyline as a backdrop. 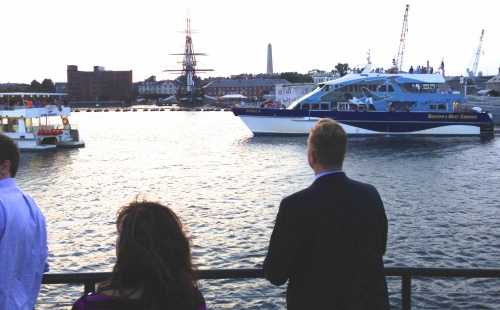 Tour boats and passengers gather to wait for the sunset gun (20:18 on 7/17) and the ceremonial lowering of the colors on the USS Constitution, aka Old Ironsides, at Charlestown Navy Yard.

Thursday morning: Once again, Ramble cars staged on the lawn at the Larz Andersen Auto Museum, Brookline’s jewel. Here, barely half the fleet has assembled; an Automotion staffer makes sure the CTS-V wagon is immaculate. 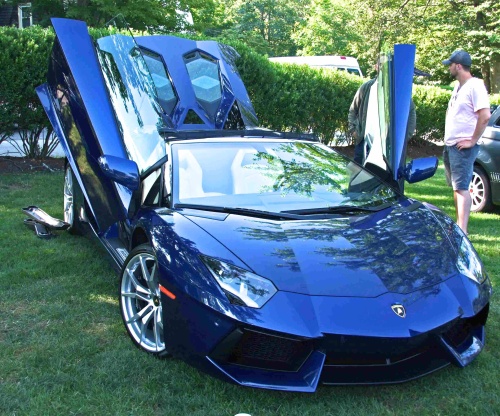 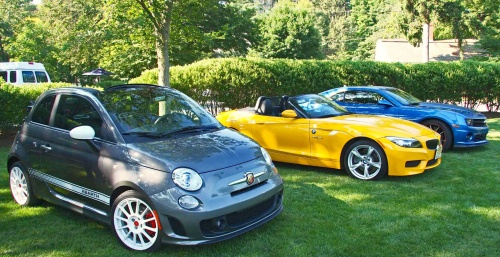 Global perspective. How often do we find a Z4 snuggled up between a Fiat Abarth and a Hot Wheels Camaro? 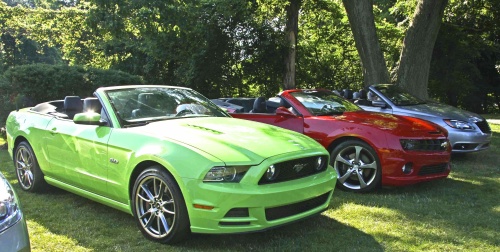 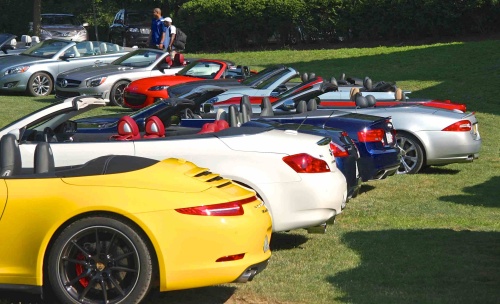 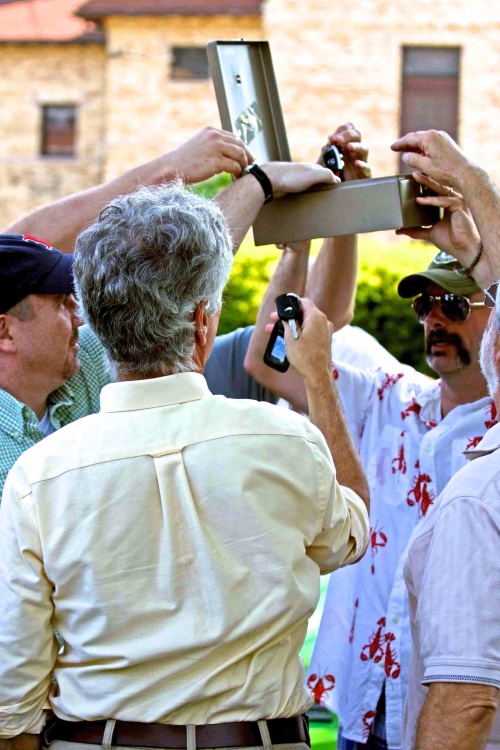 OK, think—what does a Lambo key feel like? The draw for rides. 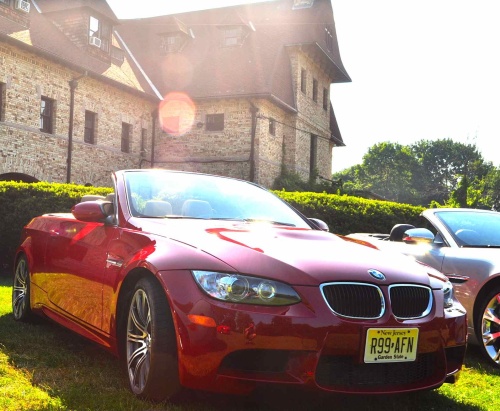 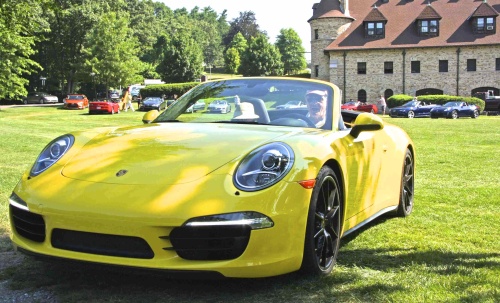 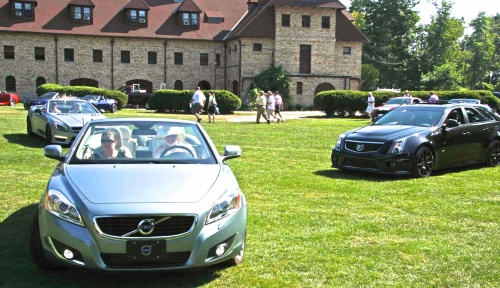 John Zangari and Ann-Marie Fortunate (Haartz) in a Volvo C70 exit the LAAM lawn; an SL65 and the CTS-V wagon queue up behind. 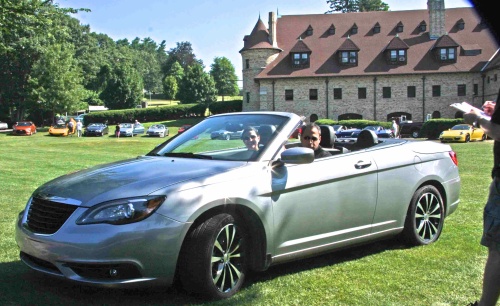 Steve Oldham (Nissan) and Stefanie Schiavello (Jaguar Land Rover) being checked out of LAAM in a Chrysler 200. 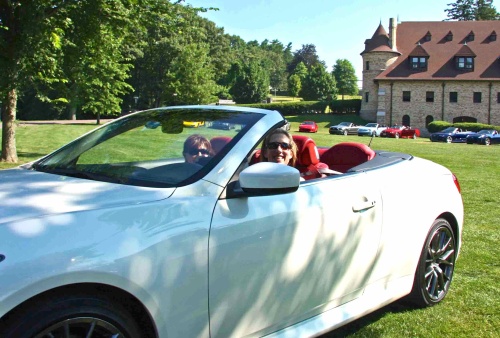 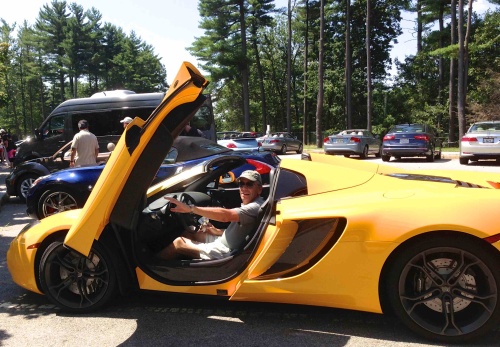 The McLaren Spyder—among many others—drew an appreciative crowd at the New Hampshire Welcome Area, the Ramble’s midway point and car-swap stop. 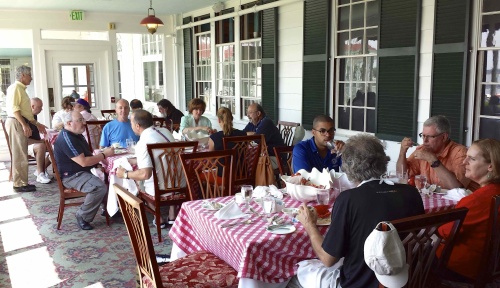 Work, work, work. Members and guests dining on the enclosed porch at the Colony Inn in Kennebunkport. Many lobsters gave their lives for NEMPA. 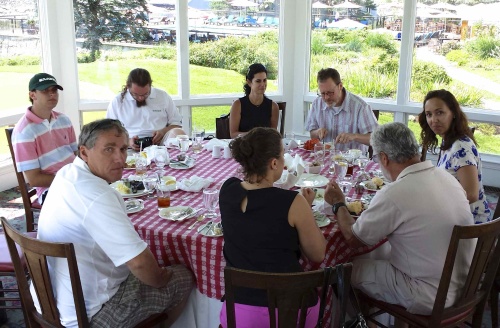 The bay window at the Colony Inn. Convertible-top maker Doug Haartz, lower left, was one of the event sponsors.

Many NEMPA members invested time and energy to make the RR/CC work, and thanks also go to the crew from Automotion: JR Morales, Juan and Luis Alvarez, Paul Hayes, Neil Ingraham, Phil Centola, Manny Vazquez, Bill Greene, Bob Saunders and Dan Nunes as well as Mike Brooks and Cliff Holman—plus of course John ‘Bugsy’ Lawlor, whose payroll takes the hit for their time.

Special thanks to the corporate sponsors of the 2013 Ragtop Ramble & Crustacean Crawl: CHRYSLER, JAGUAR LAND ROVER and HAARTZ, the world’s No. 1 maker of convertible top material.