NEMPA Meets the 2013 Ford Escape at LAAM
By Bill Griffith

Sixty percent of people shopping for a new car today are looking in either the compact-SUV or the midsize-sedan segments. “Combine those two groups and you have what we call the ‘Super Segment,’” Mike Murphy, Ford’s Global C-Car marketing manager, told NEMPA. Furthermore, by the end of 2013 compact SUVs are projected to account for 50 percent of all SUV sales.

Murphy pointed out that Ford is well positioned in these niches with vehicles like the Escape, the Fusion and the C-Max.

Murphy was in Boston to introduce the redesigned Escape to NEMPA at the Larz Anderson Auto Museum, in Brookline, on Tuesday, October 2. The Escape has been a sales leader since its introduction in 2001 and the outgoing model had its best sales year ever in 2011.

That vehicle was a “two-box” design—one box being the passenger cabin and the other the engine compartment. In reinventing the Escape for 2013, Ford wanted to build on a package that offers cargo capacity, towing ability and 4WD with an aerodynamic look, significantly better fuel economy and high-tech features.

“Ford understands that more people are looking at vehicles like the Escape every year,” said Murphy, “and we want to give them even more reasons to buy one.” 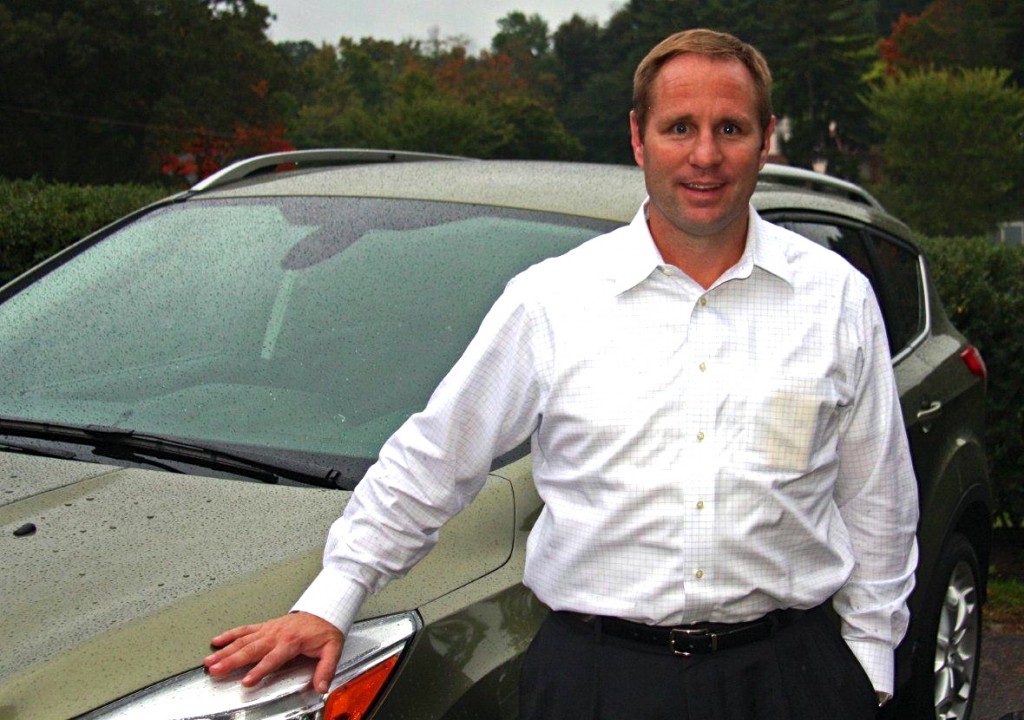 In September, the 2013 Escape was the fourth-best-selling vehicle in the light truck/SUV category, behind Ford’s perennial leader, the F-Series pickup, the Chevrolet Silverado and the Ram. Through the past nine months, the Escape (2012 and 2013 models) has been No. 5 in light truck/SUV sales behind the same three pickups and its main competitor, the Honda CR-V.

Ford analyst Erich Merkle said that 95 percent of the 23,148 Escapes sold in September were new 2013 models.

Murphy especially enjoyed pointing out two of the new features available on the redesigned Escape: a hands-free power liftgate and active park-assist. This should be a big plus for the many drivers who tense up at the thought of parallel parking. Just push the Park Assist button and then slowly drive alongside one of those “Can I fit in there?” spaces. A scanner indicates whether the Escape will fit, and then the driver needs only to engage Reverse, remove hands from wheel and operate only the accelerator and brakes while the car oozes itself into the space. (We did it four times and the Escape performed flawlessly.)

The automatic liftgate is an acquired taste. Swing a leg just under the back bumper; one sensor “sees” your shin and a second “recognizes” your foot. If the owner of the foot has the key fob in his or her possession, the liftgate opens (if it’s closed) or closes (if it’s open). Just the thing for anyone with a double armload of groceries.

Ford offers two outstanding blind-spot monitors, also. Buyers who don’t order the electronic BLIS (Blind Sport Warning) and cross-traffic alert instead get simple but effective wide-angle inserts in both side mirrors. And for New Englanders, the “intelligent 4WD” system incorporates advances that help drivers in both wet and dry weather. 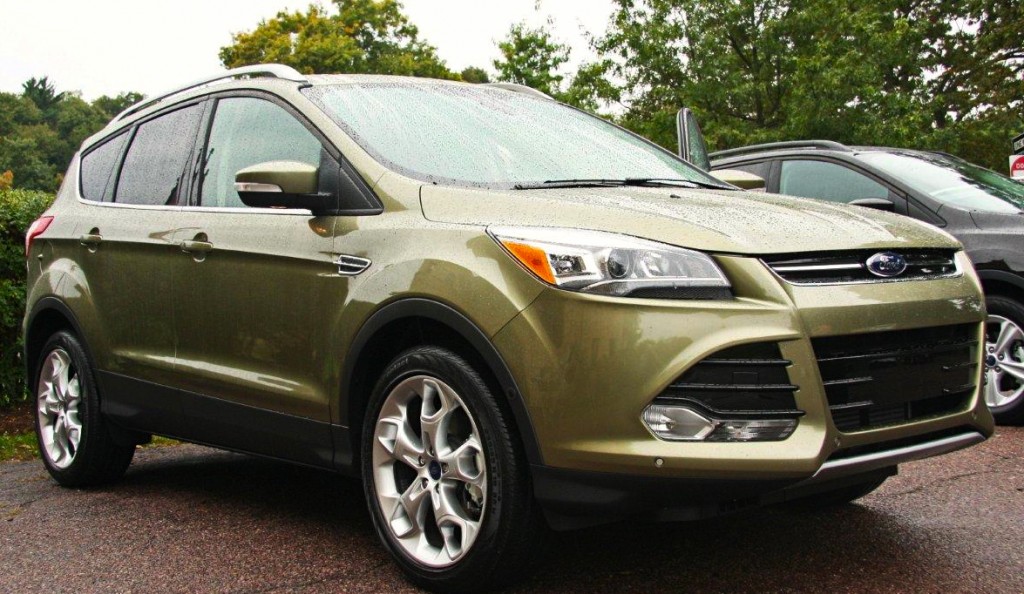 The all-new 2013 Ford Escape is a handsome, clean-sheet design.

The Escape comes in four trim levels—S, SE, SEL and Titanium—with three four-cylinder engines: the standard 2.5-liter (168 horsepower), a 1.6-liter (178 HP) and the 2.0-liter (240HP) EcoBoost motor. All are mated to six-speed automatic transmissions. Interestingly, there is no gas-electric Escape. “We found that hybrid buyers primarily were interested in a hybrid, not so much an SUV,” Murphy said. “So we put that effort into the C-Max hybrid.”

Ford claims the new Escape is 85 percent recyclable, though Murphy hopes that this won’t be put to the test for more than a decade or 200,000 miles.