‘Engineering Safer Drivers—Technology, cars and minimizing the impacts of age, inexperience and distraction’ was the topic at NEMPA’s 2014 automotive technology conference, held in the MIT Media Lab (above)

All together now, one, two, three,
keep your mind on your driving,
keep your hands on the wheel,
keep your snoopy eyes on the road ahead.
—Paul Evans and the Curls (1959)

Distracted driving was on the agenda in the 1940s when Massachusetts state legislators wanted to ban automobile radios because people were singing in their cars. It was a concern in 1959 when Paul Evans’ pop tune (above) reached No. 9 on the Billboard charts. And today distracted driving is becoming a critical issue, thanks to the growing volume of in-car infotainment, available through connected devices, and feedback from new active and passive safety systems. 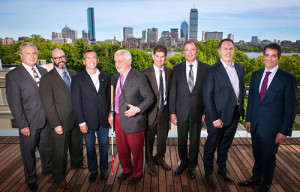 Safer driving was the theme when a panel of automotive, governmental and academic professionals met at MIT’s Media Lab on May 29, under the auspices of the New England Motor Press Association, for “Engineering Safer Drivers—Technology, cars and minimizing the impacts of age, inexperience and distraction.” The event was the fourth annual NEMPA-MIT automotive technology conference.

Paul Parravano, co-director of MIT’s Office of Government and Community Relations and the man who brought NEMPA to MIT four years ago, gave the introduction and presented several VIPS: Dr. John Heywood, who’s been at MIT since 1964 and is an authority on IC engines, automotive technology, energy and transportation; Dr. Bryan Reimer, of MIT’s AgeLab; Reed Cochran, executive director of SCM Community Transportation, in Cambridge; NEMPA president Craig Fitzgerald; and NEMPA member John Paul, moderator of the conference and manager of public Affairs for AAA of Southern New England. 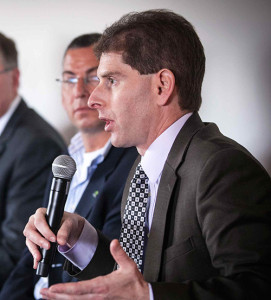 Despite current headlines about Google’s self-driving cars, panelists repeatedly underscored that a fully autonomous car, technologically feasible as it may seem, remains far in the future because of the infinite variables in automating the driving experience. Many technological, legal and societal hurdles remain to be overcome.

Pay attention! was one of many messages emphasized by Dr. Bryan Reimer, research scientist at MIT’s AgeLab and associate director of the New England University Transportation Center. “Would you get in a plane without a pilot? I wouldn’t,” said Dr. Reimer. “The important thing is to keep drivers engaged and capable of reacting when the situation calls for it. The ‘miracle on the Hudson,’ when the pilot got involved and bailed out the automation, reinforced why we want a pilot at the controls.

After years of trying to reduce the pilot’s role in the cockpit, because pilot error was being cited as the cause of most crashes, the FAA admitted pilot skill was eroding and now is stressing continuing training for pilots. The same is true for drivers. We’ve developed all these systems to keep them safe, and the challenge is how to keep them in place and ready to take over.”

“The steering wheel,” Reimer added, “is going to stay in the car for a good long time, and the driver is the responsible party for operating the vehicle.”

Reimer pointed to Google’s experimental self-guiding vehicle as an example: While the widespread use of such cars is far off, the first legal cases involving them are likely to come much sooner, simply because there are so many regulatory, legislative and liability issues to be addressed. 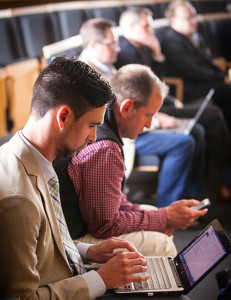 Notes were taken, questions were asked, tweets flew and posts were posted.

“The law of probability says it’s 100 percent certain that someone is going to walk in front of one of these autonomous test cars, or one of these cars is going to kill someone,” said Reimer. “That’s going to set off a chain-of-custody situation. Who is responsible—the engineer, the manufacturer, the driver? It’ll be an ugly legal problem and an interesting area of law where there’s a lot of money to be made.”

In researching ways to minimize driver distraction, Dr. Reimer had used tech-savvy MIT students to test another Google project—Google Glass, the eyeglass-mounted, hands-free Web device. Reimer found that Google Glass “is quite efficient . . . if the user understands it.”

“The volume of information coming into the car is only going to get worse until we learn to shut some of it off,” said Reimer. “The growing number of older adults driving also is a reality. The challenge is to develop safer vehicles that are universally acceptable to both older and younger drivers—and how do we keep the driver in the right place to take over?”

Reimer said, “A forward-collision mitigation system is something no older adult should be without.” 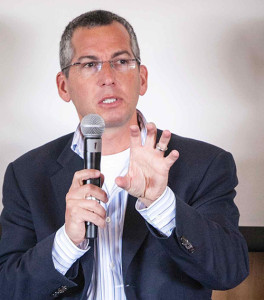 Dustin Hoffman famously got one word of advice in “The Graduate”; if Danny Shapiro had been giving the advice, that word would not have been “plastics” but rather “software.” Shapiro is the senior director of Automotive at NVIDIA, the company that developed the GPU—graphics processing unit—that brought real-world graphics to computer games and now serves as the high-performance computer in cars.

“Compare it to your home computer, which might have two or four cores,” he said. “Think of those cores as lanes on a highway. Our GPU has 2,800 of those cores, and we’ve got a standardized module for automobiles and can update software overnight. We’ve already seen with Tesla that these upgrades can prevent recalls.”

While such systems can process the input from ever more cameras and sensors in real time, Shapiro reiterated that there’s a long way to go to achieve autonomous driving. “The technology exists, but it’s not practical yet. Most [experimental] self-driving cars have a trunk filled with PCs. The costs and energy consumption just [aren’t] practical.

“The 30 million lines of software code [already] in a car far exceeds what you have in an airplane, but advances are coming in how the GPU uses artificial intelligence, processes natural language and machine-learns to recognize objects like cyclists, pedestrians and animals in real time.” 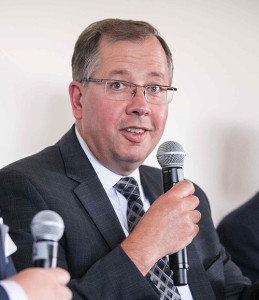 “Someone has to get the story straight—that it’s going to take a long time before we see the true autonomous vehicle,” said John Capp, director of electrical & control systems at General Motors R&D. “There’s so much to do before we can tell a customer as he leaves the dealer’s lot, ‘Just close your eyes. It’s good to go.’”

For now, GM is developing a system it calls Super Cruise that will use adaptive cruise control and lane-centering technologies to permit hands- and foot-free operation on certain freeways by later in this decade.

“Super Cruise won’t be for all roads, or for use in cities, or in snow,” Capp cautioned. “It used to be that we could test for everything on our proving grounds, but now it’s impossible to simulate every conceivable driving situation. Drivers still must pay attention.”

Until some far future date, then, the need is to find ways to help drivers—especially seniors—adapt to the ever-more-complex infotainment and safety systems in their vehicles. 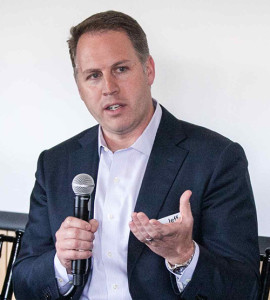 Those and many other safety systems are the specialty of Autoliv, a Swedish-based aftermarket supplier, little known outside the auto industry, with 60,000 employees in 89 countries and annual revenues of $9 billion. Autoliv has determined that its devices annually save 30,000 lives and prevent 10 times that number of injuries.

Jeff Ruel, director of business development for AutoLiv Active Safety, said “Right now there are 1.3 million auto-related fatalities each year. That’s the world’s No. 9 cause of death, and it will climb to No. 5 by 2030.

“Human error has been the root cause of accidents forever and is a factor in 90 percent of them. We’re working on infrared vision systems that see better than the human eye in fog, smoke and darkness. We’re monitoring drivers’ eyelid closure times and gaze direction. We already have systems to start braking for the driver, and the next frontier will be steering systems that seek a safe place to aim the car.”

AutoLiv’s goal, he said, is simple: “Reduce accidents and injuries.” 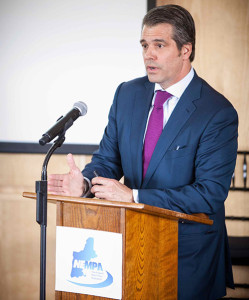 With all these technological advances, there’s more to come from another direction—the government. “Regulatory decisions will have a big impact on these developments,” said John Bozzella, president and CEO of Global Automakers, a trade association and policy group that represents carmakers in legislative matters in the US.

“We’ve gone from an era of passive safety—where regulators regulated and manufacturers complied—to a time when we have active safety systems and connected cars. It’s a case where suppliers are ahead of the regulators.”

Where agencies such as DOT and NHTSA (Dept. of Transportation and National Highway Traffic Safety Administration) traditionally have overseen the industry, today the FCC (Federal Communications Commission) is taking a greater role in the auto industry as cars begin communicating with each other, with the infrastructure around them, with their manufacturers and anyone else on those wireless channels.

“The FCC has granted a piece of the spectrum, a certain bandwidth, to the auto industry for research,” said Bozzella. “But there’s a lot of interest in that piece of the spectrum and the FCC could change its mind. It’s important because we have an enormous prize within our grasp: Imagine the possibilities when vehicles are talking to each other and can communicate even when they’re out of visual sight.”

Bozzella also cautioned that too much government restriction on technology could stifle development—a critical concern because automakers are building vehicles on global platforms, but each country, or market, places different regulations on the auto industry.

After Bozzella’s presentation, NEMPA member John Paul, AAA’s Manager of Public Affairs for Southern New England and the conference moderator, opened the floor to the audience for a lengthy Q&A session.